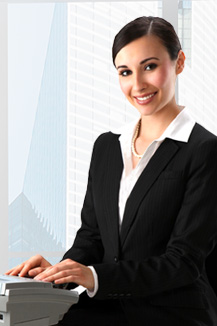 FOR IMMEDIATE RELEASE: (February 21, 2017) ? The Claims and Litigation Management Alliance (CLM) is pleased to announce Atkinson-Baker Court Reporters (http://depo.com) as sponsor for the 2017 CLM Annual Conference. CLM will host 2,000 claims professionals and outside counsel in Nashville on March 29-31, 2017, during the largest insurance claims conference in the country. In addition to the plentiful networking opportunities there will be three days of powerful programs tailored to the contemporary needs of claims and litigation management professionals and defense attorneys serving the insurance industry.

Atkinson-Baker President Ms. Sheila Atkinson-Baker stated ?We are pleased to be a sponsor for the upcoming 2017 CLM Annual Conference in Nashville. We feel our court reporting services are a great fit with litigation management professionals serving the insurance industry.?

Atkinson-Baker has a staff of over 170 and a court reporter base of over 1,200. The company?s headquarters are in Glendale, CA, with 17 branch offices around the country. The president of the company, Ms. Sheila Atkinson-Baker, has been a professional court reporter for over 35 years, five of which she served as a court reporter in the federal district court. She is a Registered Professional Reporter and has served on the Board of Directors of the California Court Reporters Association. The company tackles depositions throughout the US and in many other countries when the need arises. In fact, every hour of the business week they are doing an average of 18 depositions somewhere in the world. In 1992 and in 1993 the company made the prestigious Inc. 500 list as one of the 500 fastest growing companies in the US. They have also been listed four times in the annual Inc. 5,000 list of the fastest-growing privately held companies in the United States.