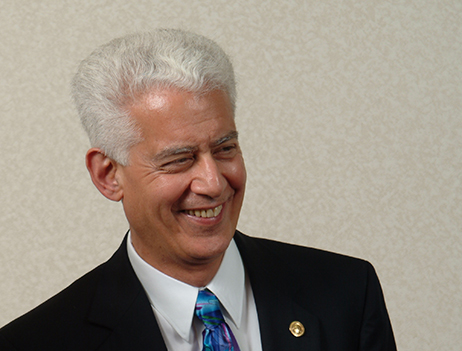 Chiropractic is an incredible healing science totally capable of removing interference from the body’s control channels so that the body can heal itself.

It doesn’t really take much to fix a body that has the capability of repairing itself. The approach is straightforward, because these bodies are designed with a built-in, self-repairing, self-correcting mechanism that worked historically.

However, even in 1910, D.D. Palmer, founder of chiropractic, described the one scenario that could throw a wrench into the healing process. He said:

“From baby in the highchair to grandma in the rocker, the axial bones [spinal vertebrae] are as liable to be displaced by noxious substances which enter the system in our food and drink or by inhalation as they are by accident direct [trauma].”

And now we have a situation. Somewhere along the line, bodies seem to have lost their ability to heal themselves. At the same time we started seeing subluxations recurring faster than they could be corrected. That is why, back in the 1950s, chiropractic was literally almost gone as a profession. It almost disappeared. One guy – Dr. Jim Parker – single-handedly saved it by teaching chiropractors how to sell tons of adjustments.

Bodies are not healing themselves like they used to because we have a deterioration of the food chain. And we have a huge increase in the intake of those things that literally prevent the body from self-repairing. It is called the Standard American Diet (“SAD”). D.D. Palmer gave us the miracles of chiropractic, but didn’t develop a science to restore cellular integrity after it was lost through nutritional neglect or toxic damage.

In the 1930s, Dr. Francis M. Pottenger, Jr. proved not only that a highly processed diet produces deterioration, but that if it is continued, each generation gets worse until bodies are no longer functioning.

Dr. Pottenger took a bunch of healthy cats and divided them into several groups, carefully controlling the food intake of each group. He closely observed these cats over a period of ten years, encompassing up to seven generations.

He found out something very interesting. The cats that lived on a natural diet, which for a cat is primarily raw meat, produced incredibly healthy offspring generation after generation. They didn’t develop any degenerative disease. They lived a good, healthy, normal life span.

He then took the surviving offspring in this third generation and put them on a natural diet for a cat. Of those that could reproduce, it took four generations to get offspring that were as healthy as the original cats.

The bad news is that dietary deficiencies caused the problem. The good news is that it didn’t actually destroy the DNA, even though it looked like a hereditary transition. The bodies of these cats were trying to do their best with the poor replacement parts being made available to them. As soon as he began restoring the quality of the food intake, their bodies began to return to the original divine plan for a cat, generation by generation.

Based on a number of studies correlating cat and human physiology (especially the work of Dr. Howell on hormones and endocrine function), he predicted rising rates of degenerative and neurologic disease, rising mental health problems, along with a rise in infertility, within three human generations from that point.

His predictions were amazingly accurate, as today we have a huge number of people who are “third (and even fourth) generation Pottenger’s cats.” How do we go about reversing the damage and restoring the body’s ability to heal itself, and restore the effectiveness of chiropractic adjustments as a true healing practice?

It took the pioneering work of Dr. Royal Lee to isolate the components of organic whole food that a body can use to rebuild failing systems. When these are used in conjunction with an accurate analysis of the needs of the autonomic nervous system, the true healing capability of the body can be restored.

“When Educated and Innate Intelligence are able to converse with each other (a possibility which not a very distant future may disclose), we shall be able to make a correct diagnosis.”

As many of your colleagues have now discovered for themselves, Dr. Palmer’s prophesy has been completed with the development of Nutrition Response Testing®, a clinically proven, totally workable technology of Advanced Chiropractic Nutrition that ensures consistent and duplicatable results, from patient to patient and practitioner to practitioner.