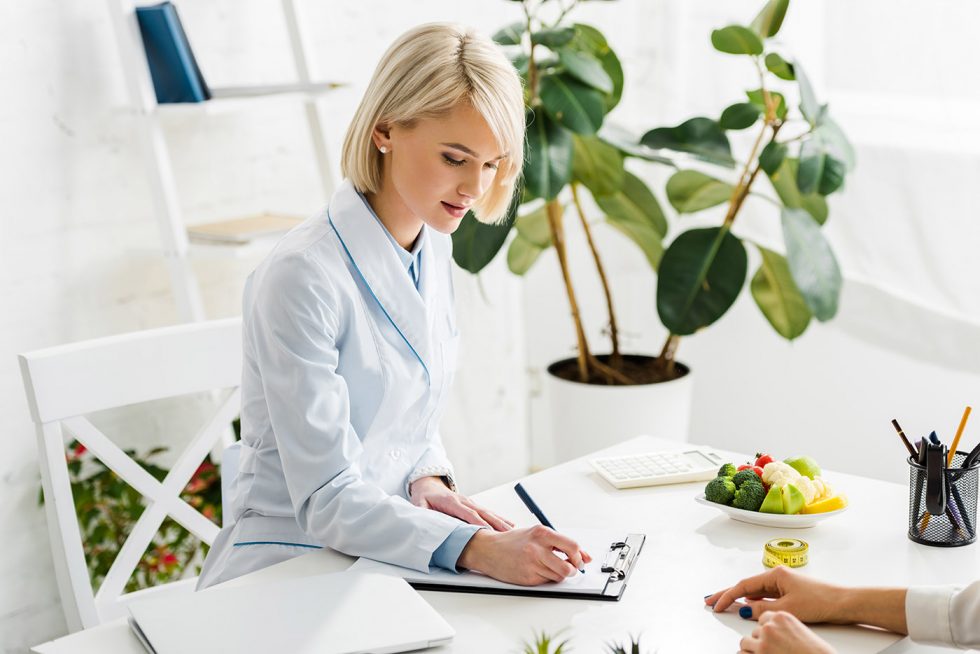 Continuing this talk on the axioms of running a successful nutrition practice, we have axiom number three: How often do you need to see a patient? A patient needs to be seen as often as it takes until he or she is in full compliance with the recommended program and is responding positively to it.

Now this might sound a little bit too general, but I’m going to give you some specifics that I have evolved based on very, very intense physical observation of patients in practice. A patient needs to be seen as often as it takes until he or she is in full compliance with the recommended program and is responding positively to it. How often is that?

I’ll just tell you (based on my years of experience now and my successful experience in teaching others this system so it proves itself out, even outside of my own office) is that in the beginning, a patient needs to be seen for a nutritional program approximately once a week. And I keep people on a program of seeing them once a week until they are in full compliance with the recommended program and are responding positively to it.

Then I consider that the fine-tuning period is over and I put them on a twelve week healing and observation, where I see them every other week for 6 more visits over a three month period. See that? And I monitor them and make sure that they continue to be in full compliance with the program and have responded positively to it.

And anytime they fall off of that, if they fall off the program, if they stop doing the program fully and responding positively to it, I get them back to once a week until I get them back to full compliance to the recommended program and responding positively to it. That makes sense? There are all kinds of procedures that we have in place that enable us to do this, but I want you to see the underlying principles.

Axiom four really breaks down into axiom four A and B; these are corollaries of axiom four. The more compliant the patient and the better they are doing, the less often they need to be seen.

And the other corollary (and this is really important) is: it often takes 6 to 9 months of close monitoring to establish a healthful new eating and lifestyle pattern. I’ve said earlier that people are the effect of what they’ve been doing. They’re the effect of what they’ve been eating. They’re the effect of the lifestyle patterns that they have. And we’re not being medical doctors using safe medicine. That’s not what we do in whole food healing. What we do is, we have to educate these people and train them and give them an opportunity to develop new healthful lifestyle habits and routines while we support them with supplements.

And when they get their lifestyle corrected and their diet corrected, they tend to need less supplements. The sad truth of the matter is that it takes 6 to 9 months of close monitoring to get people to actually change those habits and routines.

And you’re often fooled by people who say, “Wow, I’m doing so great. This new diet is making me feel so terrific. Wow, I’m going to be well forever. I’m just doing terrific.” And then they disappear. Why? Because they got distracted. They went to a party. They went to a wedding….something. They just fell totally off their program. They collapsed. And then they feel bad and they think, “Oh I just can’t do the right program,” and they don’t want to bother you anymore.

I have found more people that disappeared than I can count. But, when we finally got a hold of them, the reason that they stopped coming in was not because of anything I did, it was what they felt they couldn’t live up to that I was asking them to do. The way I handle that is I now know how to ask them what to do so that they can do it in a way that they can get a win. And the most important thing is not trying to get them to do too much too quickly.

“Are you willing to put one to two years into restoring your health?”

“I mean if it took us one to two years to totally restore your health and you knew that upfront, would you commit to that?”

“Well yes, if I had the absolute certainty. Yeah, I’d do two years. No problem.”